Since when did the FBI run out of more important things to do, it seems they are so desperate for work that they are looking into civilian claims of email harassment.  It seems a bit below their pay grade….but true.  The results of this investigation culminated in the resignation of CIA top seat David Petraeus.  It all started when 37-year-old Jill Kelley, a friend of the Petraeus family, received harassing emails. She alerted the FBI, where a friend of Kelley’s works, thus starting the investigation.  Wow, your own private army of investigators……does everyone receive this type of support from the FBI?

END_OF_DOCUMENT_TOKEN_TO_BE_REPLACED

Within days of President Obama’s re-election businesses announce layoffs and even closures. “These cut backs are due to Obama’s re-election” stated one Arizona employer who reduced his staff by 22 employees.  Other businesses followed with similar actions and noted the fear of an even slower economy with no real change.  With no end in sight for Obamacare business owners are adjusting accordingly in an effort to make ends meet, unfortunately this means more people added to the unemployment lines.  These are real world consequences within days of a re-election, the fear things will continue to get worse is very real within the marketplace.

END_OF_DOCUMENT_TOKEN_TO_BE_REPLACED

GetThatWholesale has launched a brand new opportunity for suppliers to market themselves to buyers. Although qualified suppliers can of course still list their company for free they may want to consider GetThatWholesale’s next level of promotion, the new and improved Spotlight Level. Unlike the free listing which includes only (1) product category and a very limited company description the Spotlight Level comes fully loaded. Best of all it fits even the tightest of budgets.

END_OF_DOCUMENT_TOKEN_TO_BE_REPLACED

Wearing sunglasses at night is a huge turn off for most people.  No one likes a poser, but poser or not there are dangers lurking in the shadows other than thieves and murderers.

Most people don’t give their eyes a second thought when going out at night.  Why would anyone?  It’s dark, the sun is out of sight.  The only problem this presents is the fact that the sun is not the only source of harmful UV rays. It’s true that they daylight offers the most damaging effects, but harmful UV rays can come from man made light.
We’ve all been there, driving along the road when an oncoming car approaches.  They refuse to turn off their high beams.  Or worse, they are using blue headlights.  Although there are legal forms of the blue headlights there are also many people who use illegal painted on blue lights, which are even more dangerous for your eyes.  There is no way to avoid running into these vehicles, going out at night will eventually land you in your car staring into oncoming UV rays.
To read this entire article click here
For more articles please visit the Mass Vision Sunglass Blog
This article was provided by Mass Vision Sunglasses. Visit them at MassVisionInc.com

Newly Designed Site Brings the Speed and Convenience of

END_OF_DOCUMENT_TOKEN_TO_BE_REPLACED

We love to get feedback from our satisfied suppliers, even those that may have concerns to address, we utilize feedback to make ourselves better and to hold ourselves to a higher standard.

What are suppliers and buyers saying about GetThatWholesale?

END_OF_DOCUMENT_TOKEN_TO_BE_REPLACED

GetThatWholesale.com Goes to the Presses with Informative New E-Book

GetThatWholesale is putting pen to paper or should we say, keystroke to E-Book. The new book titled “Sourcing Wholesale 101” is a beginner’s guide to wholesale and will assist new comers to the industry. 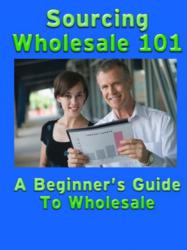 The book is centered around the basics, it covers many of the most common questions, like what’s the difference between a Customer Return and a Closeout?, it might sound simple to those of us inside the industry but to others it can be quite confusing.

END_OF_DOCUMENT_TOKEN_TO_BE_REPLACED

You probably know that consumers who don’t pay sales tax when they buy a TV on Amazon.com are supposed to pay a “use tax” later to their own state governments. And you probably also know that almost no one does that. In the sparse data on use tax you’ll find, you’ll see a 2009 study that shows that 0.3 percent of California residents reported use tax on their income tax filing. Maine, by the way, wins the crown for most honest taxpayers, with 9.8 percent paying use tax that year.

New York Mayor Michael Bloomberg told CNN’s Piers Morgan last night that he doesn’t “understand why police officers across this country don’t stand up collectively and say we’re going to go on strike, we’re not going to protect you unless you, the public, through your legislature, do what’s required to keep us safe.”

This type of thinking is just ridiculous and quite frankly absurd.  Mayor Bloomberg should be ashamed of even suggesting such a ploy/tactic to disarm law abiding Americans.  Somebody should tell him that the 2nd Amendment is in place to protect us from HIM!!! Our founding forefathers new all to well how governments deal with unarmed society’s….however they feel like !!!!! If I lived in NY I would move, I would demand this clown resign.

Wholesale.FM offers users the chance to hear professionally produced interviews with wholesale supply industry leaders, owners, and experts on a variety of topics related to the business community. Interview subjects will provide retailers with a rare glimpse behind the marketing and canned emails and really hear from the people that make up the wholesale marketplace. Recent interviews have included the owner of Sahara Smoke Co Rodney Masri as well as Andrew Levine, Founder and CEO of JADS International.

The catalog of interviews is only half of the story. Through a link on flag ship site GetThatWholesale.com any listed company will be able to record a thirty second message without cost and using no special software of their own. They just click a button and a recorder opens ready to create their message. The supplier can then review and change their message if needed before committing to it.